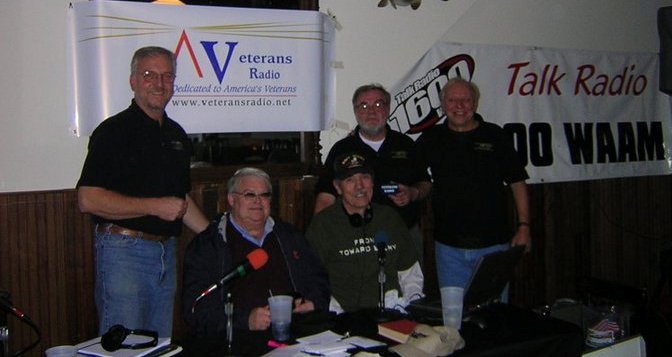 13 years ago this week Veterans Radio went on the air for the first time. Over 625 programs later we are still telling the stories of America’s finest.Join us this week as we look back at our past and forward to our future.

One story this week is about Todd Brooks. “Support, camaraderie, and people helping people is the story of longtime Ford employee Todd Brooks. Todd has been a Ford employee since 1993 and just recently returned from military duty in Afghanistan and East Africa.  Prior to this last deployment, Todd had served on Active Duty 1984– 1991 and then joined the Reserve after the Terrorist Attacks on September 11, 2001.  Since re-affiliation in the Reserves, Todd has committed approximately 30 to 45 days each year supporting multiple commands when not in a long-term deployment status, 13 months in 2008-09 and again for 15 months in 2014-15.

This is a great story about an ordinary American citizen who saw his duty and the support he received from the Ford Motor Company.

And much much more. Including Theresa Sloat’s amazing version of the Star Spangled Banner, and Dr. Sam Bierstock  and John Melnick’s Before You Go.

10 May 2014 Another Vintage Veterans Radio Classic