Melissa Engle, Veterans Mental Health Counselor, talking about how do deal with the Coronaviris.

Dan King was our guest a few years back when he released a book titled “The Last Zero Fighter” – First Hand Accounts from WWII Japanese Naval Pilots. You will find a link to that interview below. 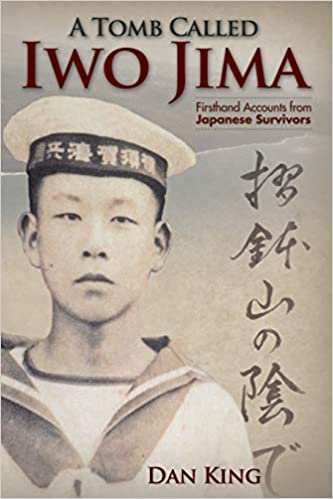 Dan King earned his degree in Japanese language from CSULA before moving to Japan where he worked for a major Japanese company for 10 years.

He returned to California and worked as a technical / language consultant on a dozen films and several dozen documentaries. He also consults for several museums and the US National Parks Service.

King is unique among WWII-themed historians in that he reads, writes and speaks Japanese. To date, he has interviewed exactly 100 Japanese WWII Army and Navy veterans for their firsthand accounts.

King has put into practice the theory of “go and see” so has visited dozens of Pacific War battle sites including Iwo Jima, Midway, Wake Island, Rabaul, Guadalcanal, Singapore, the Bridge of the River Kwai in Thailand, Peleliu, Corregidor Island in the Philippines etc…

For the past 30 years, King has acted as a cultural bridge to help build bonds between the US and Japan. In doing so he has had the opportunity to introduce WWII veterans from both sides of the battle, and help return artifacts to both Japanese and American families who lost loved ones during the war.