Col. Mikel Burroughs (ret) US Army is now the Director of Military Debt Acquisitions and Relief for RIP Medical Debt. This 501c3 non-profit raises money to buy and then extinguish medical debt. Over $500 million of medical debt has been abolished and $60 million was for veterans.

One of the founders of RIP Medical Debt, Jerry Ashton, is a Navy Veteran and also passionate about helping veterans. Mikel explains to host Jim Fausone how the process works and how VSOs, clubs, churches, and businesses can help by raising funds to further the work.

Sean McFate is an author of New Rules of War and foreign policy expert. Dr. McFate is a professor of strategy at the National Defense University and Georgetown University’s School of Foreign Service in Washington, DC.

McFate’s career began as a paratrooper and officer in the U.S. Army’s storied 82nd Airborne Division. He served under McChrystal and Petraeus before they were Generals, and graduated from elite training programs, such as Jungle Warfare School in Panama.

After discharge, McFate then became a private military contractor. Among his many experiences, he dealt with warlords, raised armies for U.S. interest, rode with armed groups in the Sahara, conducted strategic reconnaissance for oil companies, transacted arms deals in Eastern Europe, and helped prevent an impending genocide in the Rwanda region.

He brings all those experiences to his thinking and writing. The New Rules of War will make you think differently about who will wage war in the future and how to win it. McFate discusses this and more with host Jim Fausone. 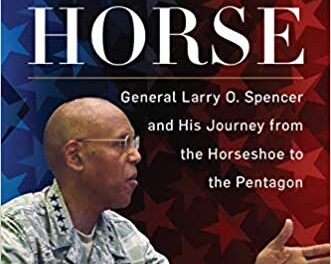