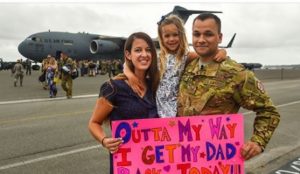 For 98 years, Americans have remembered those who served our country in uniform on 11 November – first as Armistice Day, and then, since 1954 as Veterans Day. In this 99th year of commemoration, the Department of Veterans Affairs is broadening that tradition of observance and appreciation to include both Veterans and Military Families for the entire month of November.

Join hosts Bob Gould and Dale Throneberry and their guests as they discuss the value and importance of military service.

The questions for this week’s program is “Why do we serve?” and “What does/did your service mean to you?”.

ENLISTED, a film by Keith Famie

One of our guests this Sunday is Keith Famie, producer of a film to be aired on Detroit PBS this week. The film asks “Why would you join the military?”

Our modern military is an all-volunteer force. Today’s enlisted more than likely joined the armed services in search of a stepping-stone on the way to something else, be it college or another career path.

As a fixture of American culture, our military has undergone profound changes as an institution, a sociological force, and as a career path. The great pride and patriotism of WWII gave way to skepticism and domestic unrest during the Vietnam era.

Today, we face conflicts that are often unpopular, but perhaps with greater empathy for the individuals who made choices often more personal in nature than patriotic.

As we look at the military life for those who do enlist we ask ourselves; does an 18 or 19 year-old fully grasp the consequences of enlisting? To join the military is to make a commitment not typically found in the civilian world. How do these life-changing decisions unfold after their service? What makes the military camaraderie unlike anything else in modern civilization? What career paths are forged? Does and can government or society fall short in aiding or understanding those who are injured in the line of duty?