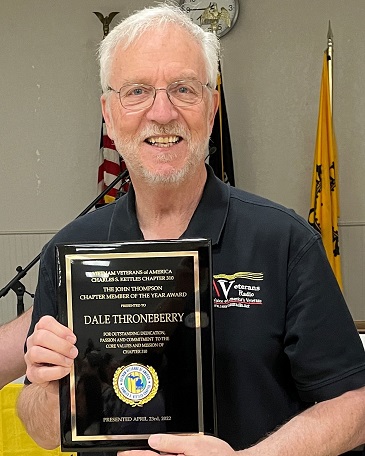 In April of 2022, the VVA Chapter 310, aka Charles S. Kettles VVA in Ann Arbor, Michigan, awarded Dale Throneberry, our founder and host of nearly 20 years, the John Thompson Member of the Year award along with a $1,000 donation.

Thank you VVA 310 for continuing to support the mission of Veterans Radio. Your support inspires us to stay the course.

"The Best of Veterans Radio" - Celebrating 18 Years of Broadcasting

We Couldn't Have Done it Without YOU!

Veterans Radio has expanded our radio affiliations, more than doubled our podcast playback and provided a platform for over 100 veterans and organizations to share stories and veteran centric services in 2021. Our monthly veteran benefits hour continues to provide timely news and insights for millions of veterans, their families and caregivers. We know this is an important feature of our programming.

We couldn’t have done that without you! Thank you! 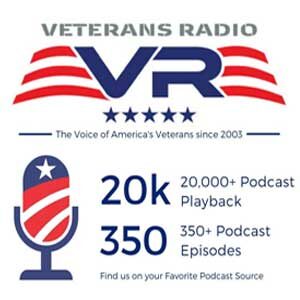 We have doubled our listening audience and rapidly expanded our podcast feature stories since this time last year. “THANK YOU” to the many who have chosen to check-in and add our program to their Favorites using their chosen podcast app.

You can find our podcast channel for a variety of popular apps on our LISTEN LIVE page.

Veterans Media Corporation (VMC) soft-launched its on-demand digital broadcasting channel and free video-streaming service The Veterans Channel in January 2018 with original on demand programming. It quickly attracted viewers in 40+ countries as the premier destination for Veteran storytelling. Producing a signature slate of industry leading show series in Canada, USA & UK and best-in-class docuseries, The Veterans Channel serves as the trustworthy voice for veterans to share their stories and their solutions to the prevalent issues facing this vast community

2020 has been some kind of year! This YouTube video showcases our program guests, sponsors, hosts, website offerings, while you listen to a favorite veteran troubadour, Michael J. Martin, featuring “Sound Off”. 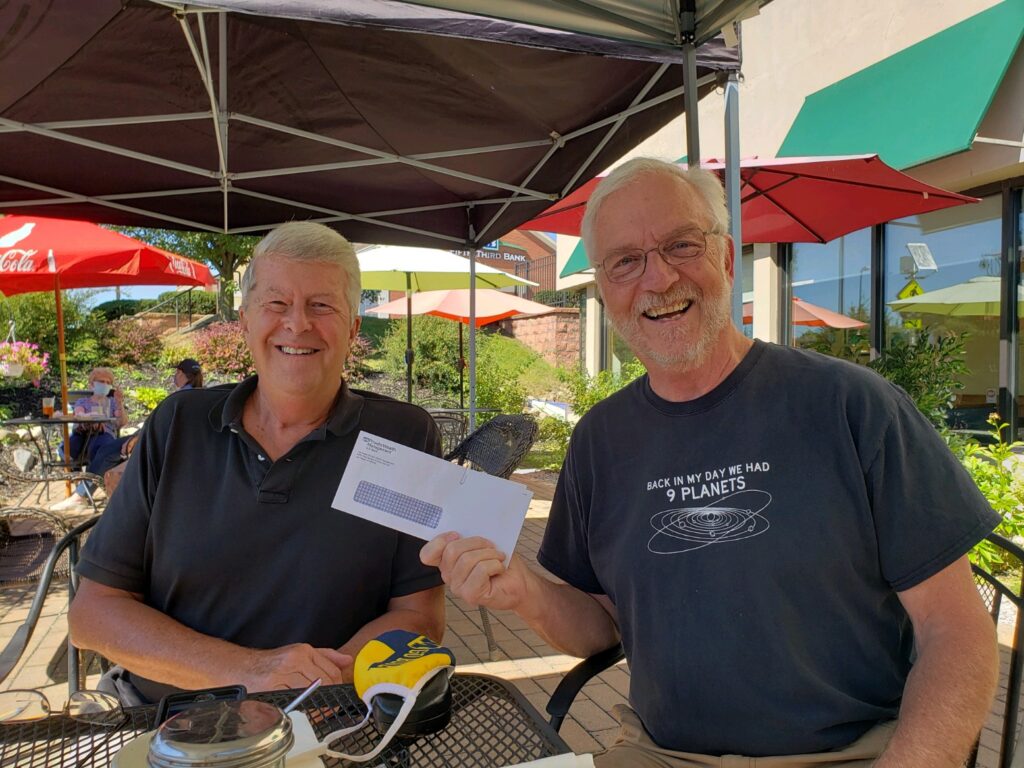 Many thanks for the generosity of the Rodger and Kate Graef Family Foundation that has provided Veterans Radio America, our 501(c)3, with funding to support our radio broadcasting  and our mission to reach a larger veteran and patriot audience. 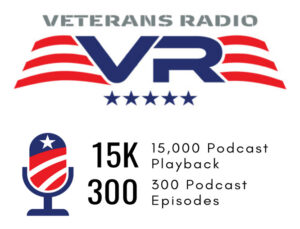 Dale and Jim are building a podcast channel to reach the Veterans Radio audience that needs “on demand” access to the programming. Thanks to the many who have chosen to check-in and add our program to their Favorites using their chosen podcast app.

You can find our podcast channel for a variety of popular apps on our LISTEN LIVE page.

The Voice of America’s Veterans Turns 15

Celebrating its 15th anniversary on Sunday, November 18, 2018 Veterans Radio is listened to by more veterans around the world than military personnel sent to fight in Afghanistan and Iraq at maximum deployment.

Veterans Radio is not just for veterans, but also for their families, caregivers, history buffs and students. The show has interviewed veterans and their families who served in World War II, Korea, Cuba, Vietnam, Central America, Serbia, Bosnia, Iraq, Afghanistan, and less well-known conflicts. You name the conflict and the survivors have been on Veterans Radio.

“Celebrity military is a real draw,” notes Dale Throneberry, cofounder and producer/host of Veterans Radio—The Voice of America’s Veterans, www.veteransradio.net, which broadcasts over Ann Arbor, 5 PM Sundays on Michigan’s WAAM 1600 AM, and Pirate Radio of the Treasure Coast.

“But I think our even larger appeal is our stories of ordinary people doing extraordinary things while they served,” the former Huey pilot observes. “The American soldier builds schools and hospitals, digs wells for safe drinking water, inoculates against disease, cares for the sick, feeds starving families, to name a few of our contributions wherever we go,” Throneberry observes.

The show began in a tiny studio equipped with ancient technology and steadily grew from there.

“I was talking with a client of mine who had been in WWII,” Throneberry recalls. “Max was diagnosed with cancer and wanted to make sure everything was in order. I visited his house and he invited me into his garage, which was covered with World War II posters and all kinds of military paraphernalia, including a huge 101st Airborne banner. Four hair-raising hours later, his wife told me he had never told his stories to anybody. All the way from a D-day landing to Germany’s surrender, Max had been there. It got me thinking about doing a radio program for veterans.

“I was selling investments and insurance in 2003, and what finally triggered me to take action was the foreboding similarity of the Iraq War to our exhausting and disheartening experience in Vietnam,” says the former Chief Warrant Officer who was in Vietnam in 1969. I was afraid another generation of soldiers was going to fight in a war that did not make sense to many people. How were these modern warriors going to be treated when they came home? I had long been bothered that most vets, including me, then had almost no one to talk to about their service experience.

At almost the same time as retired Army General Harold “Hal” Moore, the hero of the Battle of Ia Drang Valley in Vietnam, stunned the American military by denouncing the Iraq War in a speech at West Point, Throneberry sought out a fellow insurance representative, Bob Gould, and pitched him on a veteran-centered radio show.

“Bob had served in the Army, and I didn’t know that. I just thought of him as very entrepreneurial. In a way, it was a proof of concept for the show. Our veterans had no one to confide in—so naturally Bob didn’t tell me about his service–and whatever distress veterans may feel, whatever they may be proud of, or whatever thoughts they may have, they had virtually no one to talk to in 2003,” Throneberry says.

“We put our heads together, and with virtually no resources other than being too stubborn for our own good, we started a show now heard around the world.”

Dale Throneberry joined Kate Melcher, Director of Fisher House Michigan, to co-host the 2018 “Stories of Service” on November 5, 2018 at the Hill Auditorium. The program began with a special presentation of the National Anthem, sung by Joe Everson who painted a patriotic canvas which was auctioned after the program.

The veteran storytellers included Guy Stern, a Ritchie Boy from WWII, Flip Colmer, a veteran with BentProp Project, Melissa Raulerson, a covert intelligence agent in the Army, Ray Christian, 82nd Airborne in Korea, and Edie Meeks, a nurse in the Intensive Care Unit of Saigon.

Listen in to a recent program while reviewing several of our guests featured over the last 2 years. 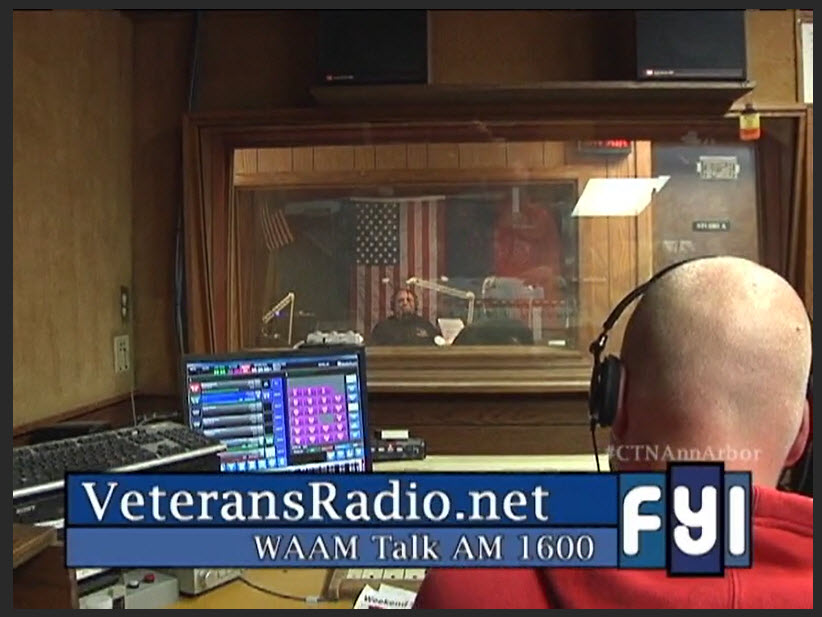 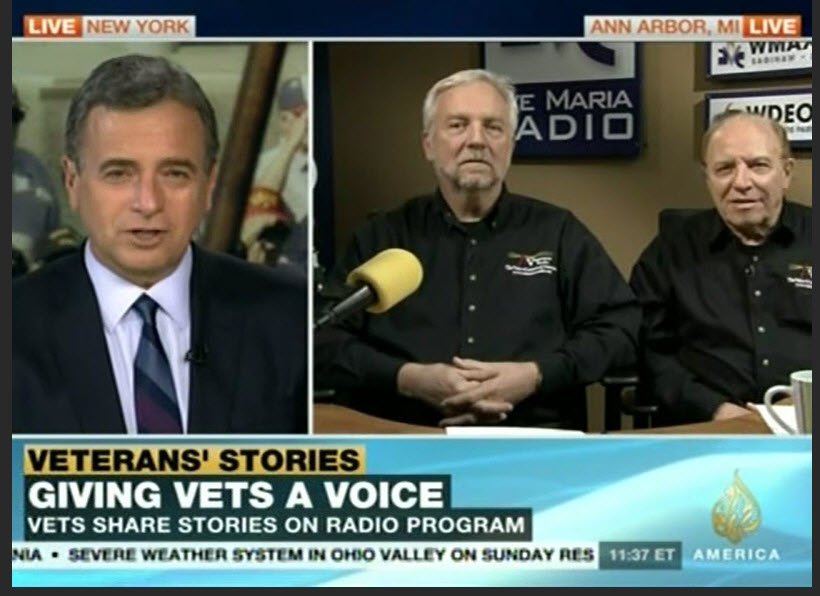