If you miss the live broadcast you will be able to hear the recorded programming on KMET 1490am on Mondays at 9am PT and KFOW 1170am on Saturdays at 6am CT.

An important note for all veterans => Keep your VA contact information (phone number, address, email address) and marital status updated in a timely fashion. This assures that you will receive notifications from the VA and enables the VA to administer to your needs.

Our guests on this program: 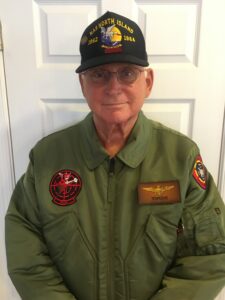 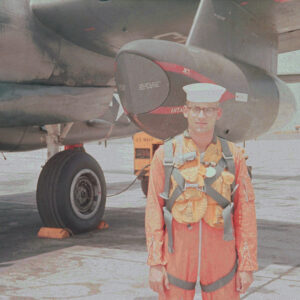 Thank you for your service in the Navy George!

I am a US Navy veteran having served from 1960 – 1964. I joined with 3 other life long buddies from my hometown of Cleveland, Ohio.  We all served on the West Coast and  were trained as Aviation Electronics Technicians (AT).  After boot camp in San Diego, I spent 3 months on the USS Bon Homme Richard (CVA-31), then 3 months with VP-31 patrol squadron based at North Island, NAS, San Diego, CA.  Went off to electronics school at the NATTC center in Millington, TN.  After graduation was assigned to Aviation Utility Squadron, VU-7 at North Island NAS, San Diego.  Worked on and occasionally flew in the A-26 / UB26J aircraft that towed target sleeves  for ship Anti-aircraft gunnery practice.  The squadron also included aircraft types, F8U crusaders, SNB , UB26J and T-33’s.  Thru the course of my duty in San Diego all four of my hometown buddies crossed paths at North Island even though we all served with different squadrons in the Pacific area.

After Honorable Discharge as an AT3 from the Navy I used my GI Bill to go back to school and continue my education and ultimately worked in the Computer Industry until retirement. In retirement I enjoy following Douglas A-26 Invader and Douglas A-26/B-26 Invader groups and family on FaceBook. I also enjoy my wife, family, grandchildren, woodworking and following Naval Aviation. Life has been good to me and the Navy played a part in my maturity and development as an adult.