Dale Throneberry, producer and host of Veterans Radio, has three guests this week. 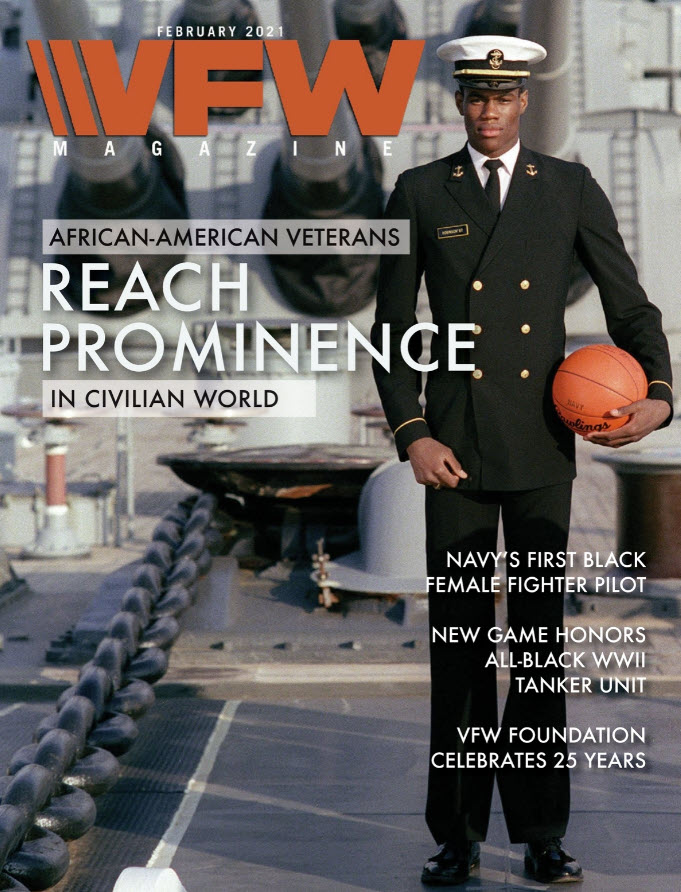 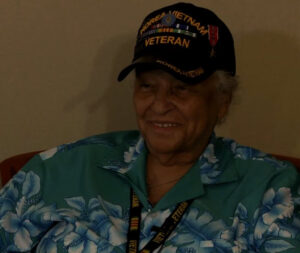 Commander-in-Chief Hal Roesch II of the Veterans of Foreign Wars (VFW) joins Dale to talk about the VFW.

In the February issue, pictured to the left, he highlights the many African-American veterans who have served the United States. In his “Command Post – From the Chief” introduction on page 2, Chief Roesch recounts the intelligence specialist Allen who serves 3 tours in Vietnam and becomes a named target of the enemy. Dr. Allen became a member of one of the most exclusive organizations in the world: The Military Intelligence Corp Hall of Fame.

Dr Allen is a graduate of Tuskegee University in Alabama, Ball State University in Muncie Indiana and the Wright Institute in Berkeley, California where she obtained her doctorate in psychology.

Thank you to the National Association of Black Military Women and the West Point Center for Oral History for the background information and photo. 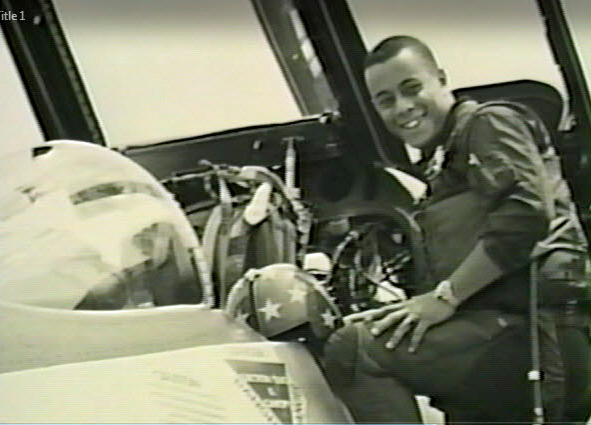 Bill Henderson, Ready for His Next Mission

He also served as the corporate pilot, chief pilot and director of flight operations for General Motor Corp.

And PFC Horace Frazier, from Ypsilanti, Michigan, Horace was an artillery cannoneer with the 1/39th Artillery Battery at Firebase Tomahawk in Vietnam in 1969. 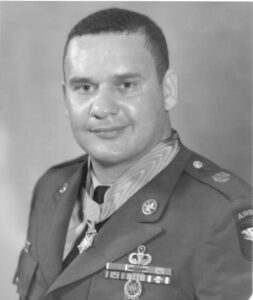 Sfc. Anderson (then S/Sgt.) distinguished himself by conspicuous gallantry and intrepidity in action while serving as chief of section in Battery A, against a hostile force. During the early morning hours Battery A’s defensive position was attacked by a determined North Vietnamese Army infantry unit supported by heavy mortar, recoilless-rifle, rocket-propelled-grenade and automatic-weapons fire. The initial enemy onslaught breached the battery defensive perimeter. Sfc. Anderson, with complete disregard for his personal safety, mounted the exposed parapet of his howitzer position and became the mainstay of the defense of the battery position.

Webster Anderson was severely wounded in the action that earned him the Medal of Honor, and was evacuated promptly by helicopter in efforts to save his life. The pilot of the medical evacuation helicopter (MEDEVAC) that flew him out to the hospital was Patrick Brady, who would later earn the Medal of Honor for heroic actions in evacuating other wounded in a different action.

Thank you Kate Melcher, Fisher House Michigan Executive Director, for sponsoring our first Medal of Honor reading for our Salute & Honor Program.  Kate honored all  Army Aviation brethren who fly “above the best.”

Would you like to Salute and Honor a fellow service man or woman? Or a Unit? Or a Military Event?

Click Here to Learn More About the Salute & Honor Program